Hi and welcome to the fourth installment of the InCool Comfort Vanity Mirror.

I had read somewhere that you should try and cobble together a model of your invention to prove to yourself that the concept is solid and to get an idea if your invention will work. You can see my conceptual piece at the far left in the photo showing the progression of the mirror. Yep…this is going to work!

So, now I have my patent, what next? You can find anything on the internet, as you probably know. I started surfing around for prototype makers and learned there are stages to the process and the cost is across the board.

I live in St. Louis Mo., but I decided to go with a prototype building company in California because they claimed to have access to small quantity first run manufacturers. The lead engineer said he would refine my design, supply me with prototypes and the all-important manufacturing CADs, Computer Aided Design drawings.

I talked with the owner of the company at length, learned of his engineering career, and how he worked in Germany for 2 years. In short, he impressed me with his personality and his eagerness to work on my project. I checked his references both in the US and in Mexico and everyone recommended him for the job.

I bit; I signed a contract. I would receive six prototypes, three of the vanity top model and three of the wall mounted model including the manufacturing CADs at a cost of $10,000. Half payment up front and final payment upon completion.

I emailed him all my drawings. I had produced an arch design because of the need for space in the housing for the electrical components, and my hometown, St Louis. I described at length the main function of the fan to blow air up and down at the core of the body. I told him of the importance of the 7-inch diameter mirror and the two magnifications. I told him that I am the target audience and I know exactly what this makeup mirror with the fan built into its base needs to do. I told him that women will get it at first glance. I was sure he would produce exactly what I wanted.

After a week, I got a message that he wanted to Skype with me and that he thinks he has improved on my design. I was excited to see his improvements.

All I could do was think of the $10,000. and that this guy never listened to a word I said. I kept my cool and explained to him that the fan needs to be visible and right up front. I told him again that women will understand what my makeup mirror will do for them at the first sight of the fan. I could see the disappointment on his face that I didn’t like his improvements.

To make this long story short, He claimed he put way more hours into my project than he expected, and I would only receive one laser printed prototype of the two models for the $10,000. and he held them hostage until I paid the contract off in full.

He sent the prototypes through the US Post Office un-insured, in a box with inadequate packing material. The box was crushed on one side when I received it. The prototypes were intact, but I was surprised to see he didn’t put bottoms or backs on them, and all the wiring was hanging out. He also used a 5-inch diameter mirror without the magnifications I requested.

I got bamboozled to say the least and since he is in California it would cost more in expenses and attorney fees to pursue him in small claims court out on the west coast. A fact I am sure he was aware of when he decided to break the contract.

An awfully expensive lesson learned. That lesson, work with local engineers and prototype makers that you can speak face to face with and, most importantly, keep your eyes on the project.

Next, I go to my first Inventors Associate of St. Louis meeting.

I just pitched the InCool Comfort Mirror to Shark Tank! 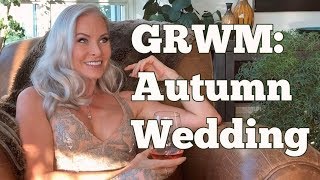